This Hawaii Interscholastic Athletic Directors Association conference was a yearly thing before COVID-19.

After two years of no in-person meetings, high school athletic directors from around the state are gathering in Kona this week to — among many other things — discuss concerns and proposals for possible rules changes.

The conference starts Tuesday and runs through Thursday at the Outrigger Kona Resort and Spa at Keauhou Bay on the Big Island. 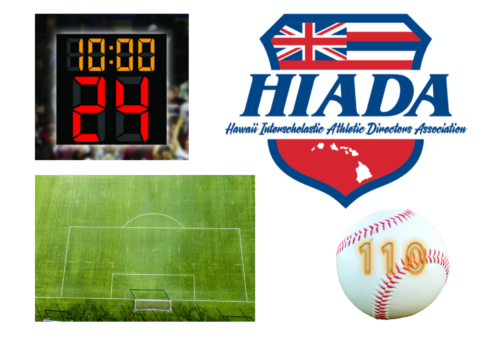 Business will be conducted, but don’t forget the “Resort and Spa” part of it. These administrators and coaches who will be attending are getting a little bit of breathing room to enjoy themselves at a luxury hotel after the always intense August through May sports calendar.

As always, there will be coaching, leadership and sportsmanship workshops and guest speakers.

“A lot has happened since our last in-person conference in 2019 and we are thrilled to be able to gather as a group again,” HIADA executive director Bill Villa wrote in a letter published at HIADA808.com. “There is no substitute for personal interaction and fellowship.”

“Thankfully, we are approaching a time where we can focus on the future direction of our association,” Villa added.

Eddie Slowikowski, who has written books about motivation, empowerment and leadership and is a three-time NCAA All-American in track and field and cross country at Loyola University in Chicago, is one of the guest speakers.

In talks with some athletic directors and coaches, Bedrock Sports Hawaii has learned about some of the many items up for discussion at HIADA:

State Cheerleading Championships May See A Change In Divisions

There is a proposal to change the competitive divisions at the state cheerleading championships.

Currently, there is competition in medium (number of squad personnel) and large divisions.

If the measure goes through, it would change to competition in female and coed divisions.

According to one AD, there were only three schools competing in the large division last season, and this change would recognize the trend of more males becoming involved in the sport.

The cheerleading proposal was submitted to HIADA by the Hawaii High School Athletic Association, which runs all of the fall, winter and spring state tournaments.

Two items that find their way back to the discussion phase at HIADA every few years, it seems, are back again:

Bedrock spoke to several coaches who feel the chances are not very good for either proposal to get passed.

As for basketball, there has never been a National Federation of State High School Associations rule mandating a shot clock.

The NFHS, however, did vote in May 2021 to allow individual state associations to adopt the shot clock.

Part of the new NFHS rule (2-14) reads: “Each state association may adopt a shot clock beginning in the 2022-23 season … to encourage standardization among states. Guidelines include displaying two timepieces that are connected to a horn that is distinctive from the game-clock horn, and using an alternative timing device, such as a stopwatch at the scorer’s table, for a shot clock malfunction.”

In the past, the high cost of installing shot clocks on both ends of gyms was a major factor in not adopting it.

That reason however, may not be such an impediment now, according to one coach who said it could be as simple as installing  TV-style screens that can work in much the same way as actual clocks.

Shot clocks are part of pro and college basketball, mainly to make sure the flow of the game is continuous and no stalling tactics are used, slowing the pace of the game way down.

In Hawaii through the years, some schools have built winning programs on this type of slow-paced — and completely legal — ball control.

For instance, in February, the ‘Iolani girls defeated Konawaena 28-17 in the Division I state championship final, with the slower pace leading to the super low score.

For soccer field size, there is going to be a push by some at HIADA for ensuring a wide field at state tournaments.

In top-level soccer (futbol) around the world, wide fields are used and some Hawaii coaches feel like wide fields should be used here at the top high school tournament annually.

The problem with this idea, however, is that sometimes state tournament games are scheduled at schools that have soccer fields that are more narrow (to fit inside a rubberized track).

Other coaches believe that it’s not fair to play home games on a narrow field and then be mandated to play on a wider field for the state tournament.

Among the other HIADA concerns/proposals to be discussed are listed below, with the organization submitting the proposal in parentheses.

>> The adoption of the TrackWrestling.com website for creating brackets and keeping score at the state wrestling championships. Some but not all of Hawaii’s five leagues already use this website for those purposes and, according to those who use it, it saves a lot of time and effort compared to the system in place now. (OIA)

As you will see in that article, most coaches and administrators Bedrock has spoken with would like to keep 14 weight classes to ensure more participation. But there are some who may want to drop to 12 since there are fewer wrestlers in the COVID-19 era and many smaller programs don’t have enough athletes to place wrestlers in every weight class. Another part of this is that the 14 classes that the NFHS is recommending are slightly different than the ones Hawaii uses now. (MIL)

Note: Bedrock Sports is in the process of finding out more about the following items listed on the agenda. So far, multiple inquiries to various administrators to get that information from HIADA and the Hawaii High School Athletic Association have not produced the desired result. But, we will keep trying.

>> A change to the divisions in canoe paddling; Right now, there are three competitive divisions at the state championships — boys, girls and mixed. (MIL)

>> A change to the baseball pitch count rule (ILH)

>> A guideline regarding athletes’ safety in track and field (ILH)

>> A change to track and field standards for state meet qualification; currently, athletes with the best 24 times or distances throughout the season qualify for each state meet event. (MIL)

>> A change to guidelines concerning coaching requirements and non-compliance (HHSAA)

HIADA Procedures (In A Nutshell)

Proposals at HIADA will first be discussed at the committee level. If a measure passes out of committee, it will be heard and discussed — and then either voted on, amended, rejected or tabled — by the whole assembly Thursday. If it passes there, it will then be brought to the HHSAA executive board later on Thursday for final approval, amendment or rejection.