If you are not doing anything on Saturday, Dec. 11, one idea is to go to the Mililani Community Church from 7 to 8:30 p.m.

That’s where Hawaii author Buddy Vidal and Kahele Anderson, the main character from his new nonfiction book, will be speaking about “Cast into Fire: The Kahele Anderson Story and Related Events.”

You can purchase the book at Barnes and Noble and Logos for $15. 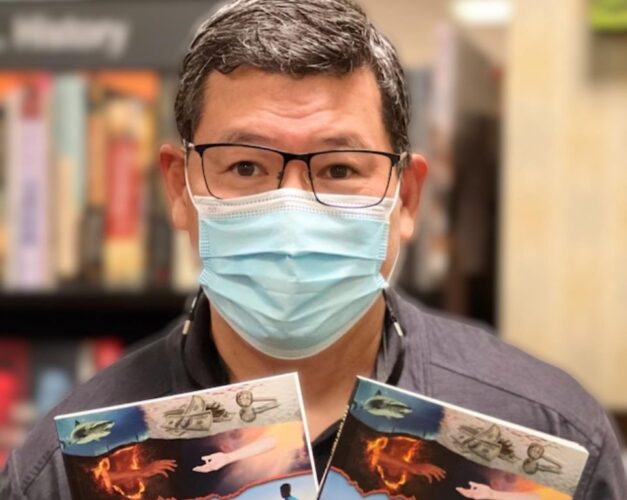 If you read it, be ready for some intense heat, and by heat I mean to say that Vidal’s story is about a Waianae man named Kahele Anderson and his experience of actually dying and returning to life. And more than that, he’s now someone who has first-hand knowledge of hell.

As you can imagine, hell — if you believe it exists — is not a place where anyone would want to be.

Also, I’m fairly certain that 99 percent of the people reading this article are like, “What? How do you expect me to believe this?”

Sure, I get that, and more on that later.

The book is well-written and flows easily from page to page.

The story takes us to the Waianae coast for Anderson’s spear-fishing accident, his trip to the hospital and the many circumstances surrounding that event, including Anderson’s out-of-body experiences. Vidal interviews Anderson and his friends and relatives and hospital staff extensively about that day, July 12, 2003.

In that out-of-body experience, without spoiling it for those who plan to read it, cars on the freeway are, basically, just passing through Anderson.

And here’s a glimpse of Anderson’s words about that place that none of us in our right minds would ever want to go: “Fire was everywhere below me. As far as I could see, there was fire.” 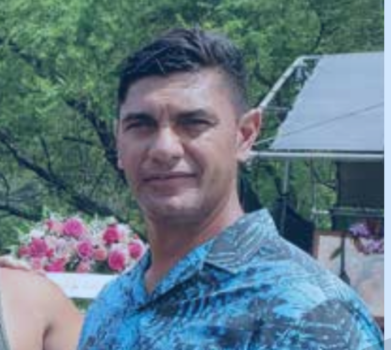 This is a picture of Kahele Anderson, part of a larger image that appears in the book.

I am about halfway through the book and purposely did not want to finish it before writing this story, so I wouldn’t give away too much.

But I can tell you that it is a story of faith. Kahele Anderson, once a proud atheist who did not turn to God years earlier despite surviving a brutal shark attack, is now a true believer in the power of Jesus Christ.

And how did I come across this book?

One day during the early days of the pandemic, my son Elijah and I, on a tip from my wife Vince, walked into Vidal’s “Bento 2 Love” in Wahiawa for a Sunday to-go lunch.

While waiting for the food to be prepared, we sat down for a little while and talked with Buddy and his wife, Sharon. Buddy told me that he was in the latter stages of getting a book he had written published. I told him I had just started a new website.

When he told me his book was about a man going to hell and returning to tell about it, I was intrigued. I told him that I would write about it on BedrockSportsHawaii.com (then known as NickAbramo.com) after publication.

And so, there you have it. Go to Buddy and Kahele’s talk on Saturday night. Or buy the book for a Christmas present and read for someone or for yourself.

And now I can finish reading “Cast into the Fire” to see what else I can learn from  a) just a story OR b) Kahele Anderson’s real-life experiences. 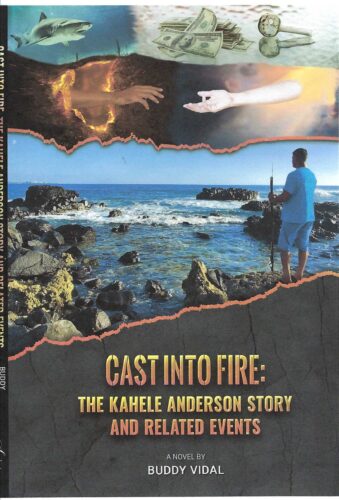 The cover of “Cast into Fire.”

If you read it, I have no doubt that you’ll choose one of the two.

For me, I can say this, “Taking things at face value as a trained journalist is not something I’m used to doing, but as a believer in God and a practicing Catholic, I have no reason to not believe the tale.”