But don’t fall asleep on the Neighbor Islands teams, especially when it comes to state tournament time.

Saturday in the Division I and II semifinals of the First Hawaiian Bank/HHSAA Football State Championships was a prime example of the might these teams have.

Konawaena, the BIIF D-I champion and winner of 10 games in a row, may have shined the brightest among the Neighbor Island teams on Saturday and definitely earned a victory in the most dramatic fashion, roaring back from a 7-point fourth quarter deficit to beat OIA D-I runner-up Aiea 27-24.

A bit earlier, with 5:30 to go, Konawaena quarterback Keoki Alani hit Zedekiah Anahu-Ambrosio with a 7-yard TD pass for a 24-all tie.

Up next for Konawaena is the state title game against Waipahu (11-1) next Saturday. In the other d-I semifinal Saturday afternoon, the Marauders upended defending champion ‘Iolani 35-10.

A major factor for the Wildcats was their pass defense, which held Aiea quarterback Ezekiel Olie to 146 yards through the air.

One week ago, Waimea rode the wave of running back Aukai Emayo to a first-round win.

This time, it was running back Kaili Arakaki who led the way, scoring on TD runs of 14 and 48 yards to end the BIIF D-II champion Dragons’ season.

With two interceptions Mykah Brun led Waimea’s defense along with Rhaziah Tacub-Taniguchi, who had seven tackles.

The Mehehunes (8-2) will play King Kekaulike next Saturday in the D-II state title game.

That game will be a rematch of an Aug. 13 nonleague game on Maui in which Waimea topped Na Alii 21-10.

Tallin Cazimero notched 12 tackles and Uhane Mock Chew had eight tackles and an interception for Honokaa (10-2).

In this defensive battle, MIL D-II champion Na Alii (5-6) prevailed, thanks to 227 yards rushing as a team and touchdowns on the ground by Ahe Sumibcay for 71 yards, Kalani Puu for 4 yards, and Tysin Zackious from 1 yard out.

All told, King Kekaulike outgained OIA D-II champ Nanakuli 270-116 while putting an end to a 10-game winning streak by the Golden Hawks (10-2). 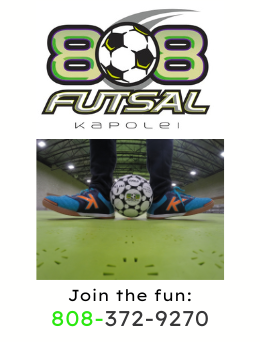 FOCUS ON FOOTBALL: The Truth Is In The Juice — Tama Uiliata And Waipahu Overpower ‘Iolani 35-10 In D-I Semifinal