Texas football recruiting has been in the Hawaii news lately.

And now, the braintrust for the Burnt Orange/Hook ’em Horns brigade in Austin reached out with an offer to a Hawaii player who hasn’t suited up for his first varsity game yet.

That player is freshman Malakai Lee of Kamehameha. He is a 6-foot-6, 310-pound offensive tackle and a freshman to be for the Warriors. 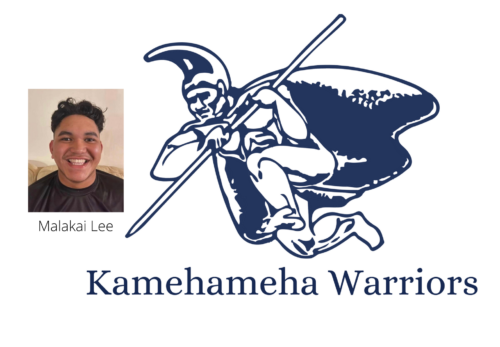 Here is a video of the hulking Lee during a February youth football scrimmage, from his Twitter page:

There’s been a ton of Hawaii recruiting news lately, including commitments and new offers for players in the Classes of 2023, 2024, 2025 and 2026 — and Bedrock Sports Hawaii will do its best to give you the most up-to-date, whirlwind of news.

In other major developments, Saint Louis slotback Trech Kekahuna is transferring to play his senior year at Bishop Gorman in Las Vegas, and he also committed to play his college football at Wisconsin.

Kekahuna will be back in town, though, on Sept. 2, when the Gaels take on his former team, the Crusaders, at the Mililani High field in a matchup of national powers.

Sources: 247Sports.com, Rivals.com, Twitter
Note: Additions, deletions and corrections, if applicable, can be made by emailing BedrockSportsHawaii.com to nickabramo7@gmail.com.

JOHN-KEAWE SAGAPOLUTELE, QB, Punahou, 6-1, 185
Committed to: Hawaii.
Other offers: None.